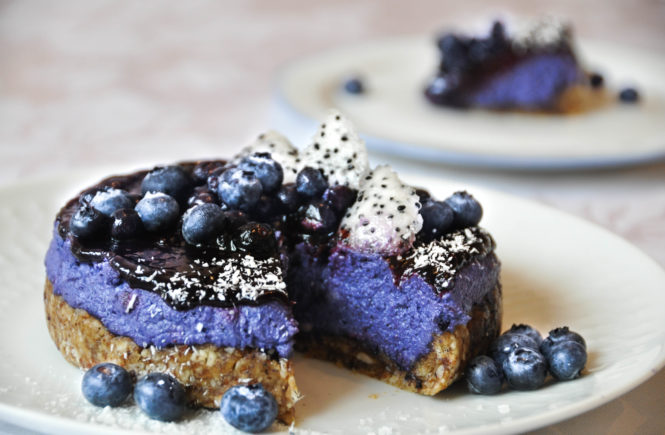 Ever since I lived in America Cheesecake definitely is one of my favouite desserts to eat. Not sure if someone has ever been to the Cheesecake Factory in the US, but it is one of those places I like to spend a lot of time in when I’m there.

They have all kinds of magical cheesecake varieties you could only have imagined in your wildest dreams there.

However, since normal cheesecake unfortunately is not very fitness approved or healthy I wanted to develop a recipe that still tastes amazing, but is way better for you than the sugary stuff you get to buy elsewhere. 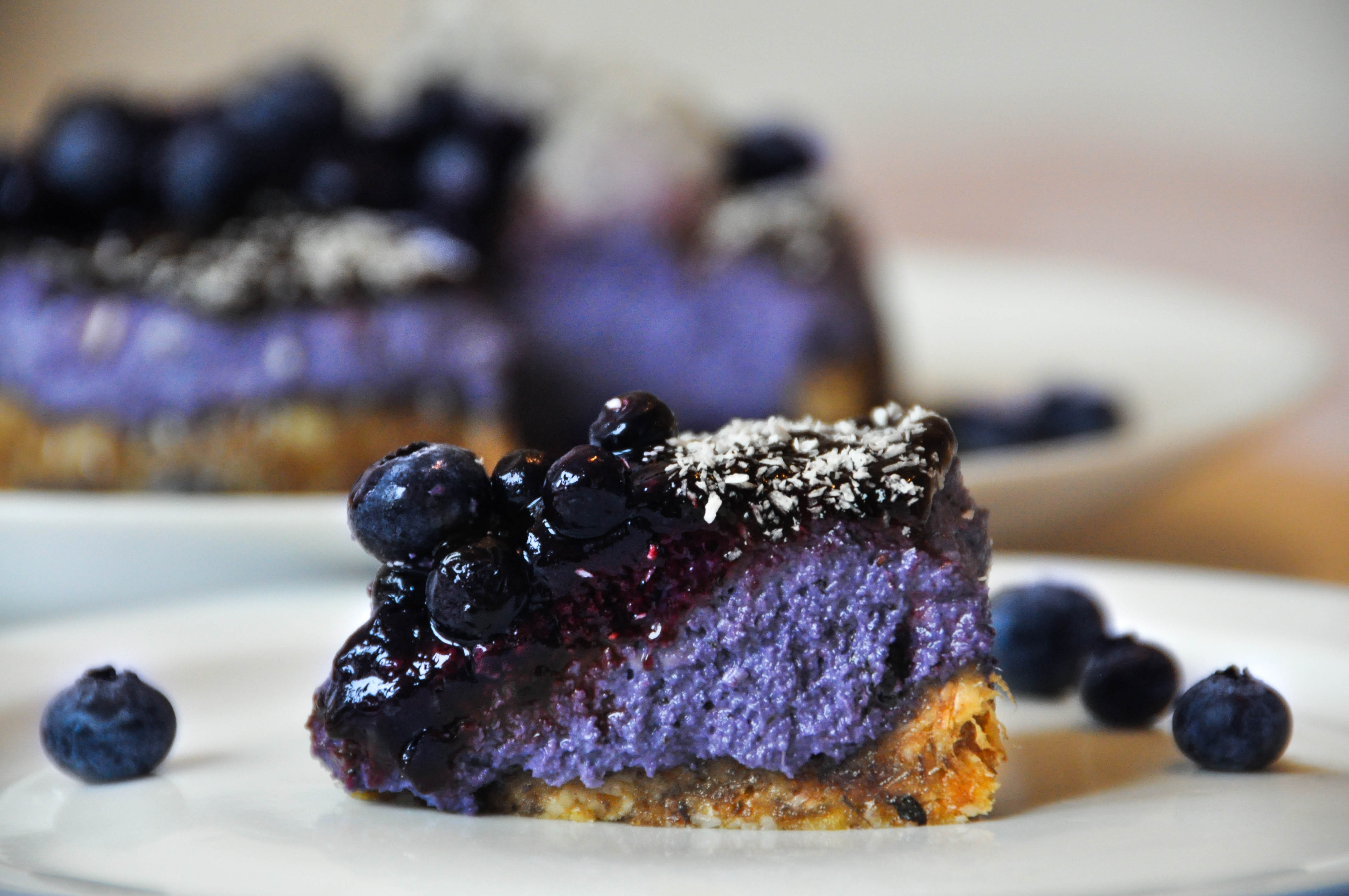 How I sweeten the cheesecake

Since I am also super fond of vegan recipes I took on the challenge to make a vegan cheesecake with delicious blueberries. I used Xylit as a sweetener which has 40% less calories than regular sugar. Also there is no kind of flour, oil or butter in this recipe, which makes it extra fitness approved! 🙂 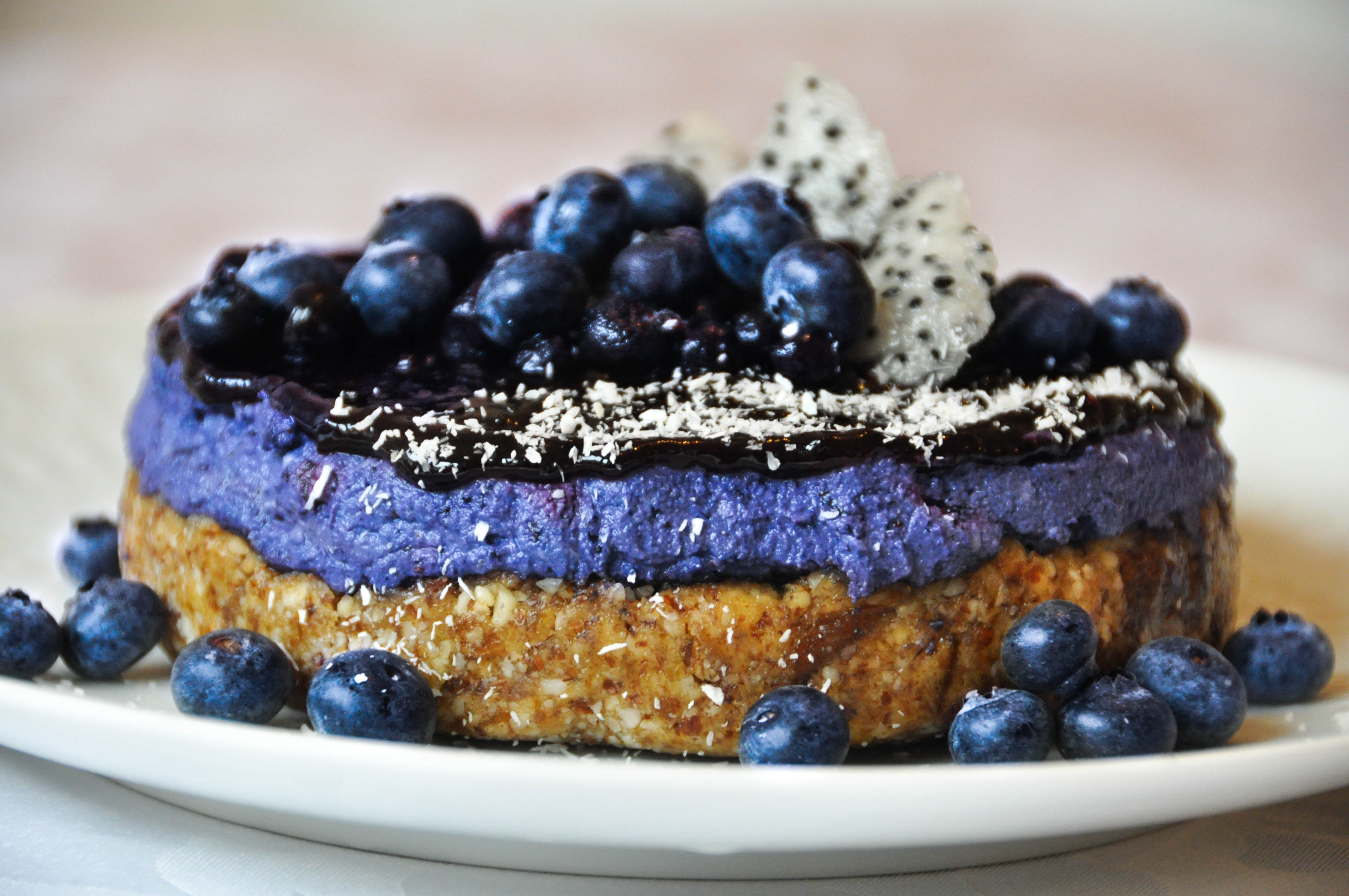 This recipe is really easy to make. All you need is a good blender. Since this is a raw cake you won’t even have to bake it. The cashew blueberry filling tastes so incredibly good – you will see! I would pick this cheesecake anytime over a regular one. 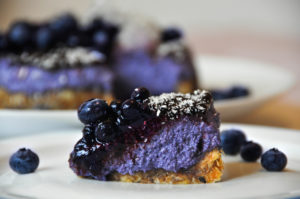 DID YOU MAKE THIS RECIPE?

I’ll always be giving shoutouts on my Instastory for those who are making my recipes. <3 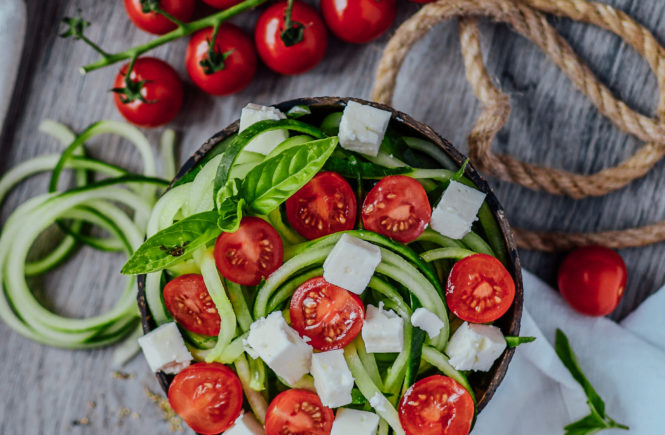 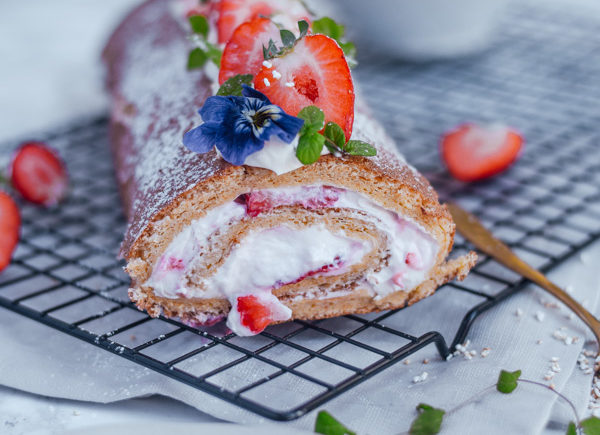 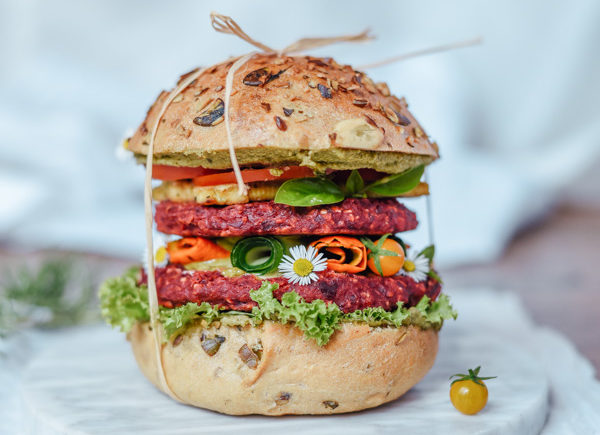 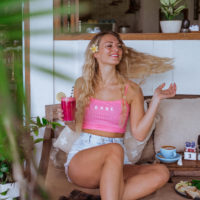 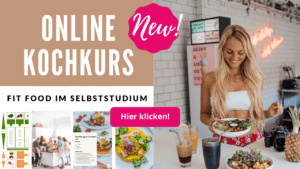 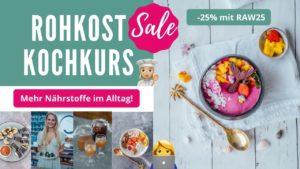